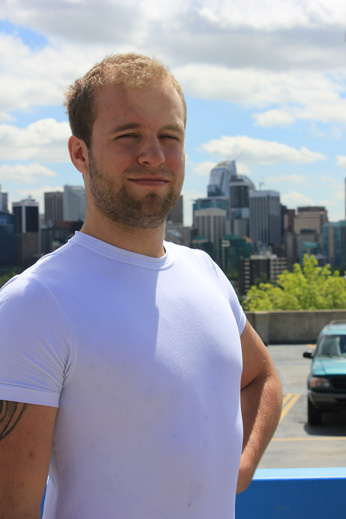 A native Albertan at heart, David was born in Calgary and raised mostly in a small Alberta town named Drumheller. By the time David had reached high school age he had lived in Drumheller Alberta, Gravenhurst Ontario, and Mission British Columbia. Taking in culture from many different Canadian cities, David developed a very "unique" personality. David first sparked an interest in music at the meagre age of 3 when he learned to play Jingle Bells on an old Singer Upright Piano, by the age of 10 David already knew he was going to pursue a career in the music industry. Playing his first paying gig at the age of 14 at a high end restaurant, David decided this was the life he was going to live. Finally in 2006 David decided to settle down in Calgary to further his career, and alongside many talented Canadian musicians such as PiK, P.H.E.B.U.S, Jaala Stolz, BoxcuttA, Arvin Rapadas and Luke Miles he finally released his debut solo album "Wastelands" during the summer of 2010.

During the summer of 2011, he toured North America with Alas, the Ocean and played 30 shows over the course of 2 months. When he's not touring and promoting his music, David teaches high end private piano lessons. "Redemption" was released at the beginning of July 2013, and he is currently touring North America to promote the new album. After the tour, he plans to work on his next album "Salvation".

Touring to promote the release of the new album.